There’s a race of men that don’t fit in, a race that can’t sit still; So they break the hearts of kith and kin, and they roam the world at will. The range the field and they rove the flood, and they climb the mountain’s crest; theirs is the curse of the gypsy blood, and they don’t know how to rest.

Then Men That Don’t Fit In
Robert W. Service 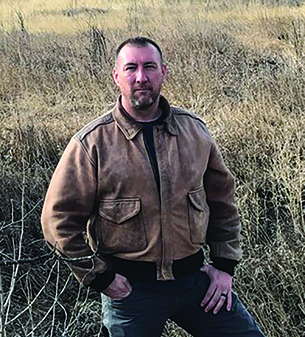 Born and raised in Colorado, Wayne Cotes is a Marine Corps veteran and retired as a Lieutenant of Police after serving his community for twenty-seven years. He still serves his country as a Senior Chief Petty Officer in the United States Navy reserves and has done three tours overseas. “Woden’s Key” is the second book in the “Me, the World, and a Dog Named Steve” series and his sixth book altogether. He currently resides in San Ramon, California and is the proud father of an Australian Cattle Dog puppy named Cheerio. 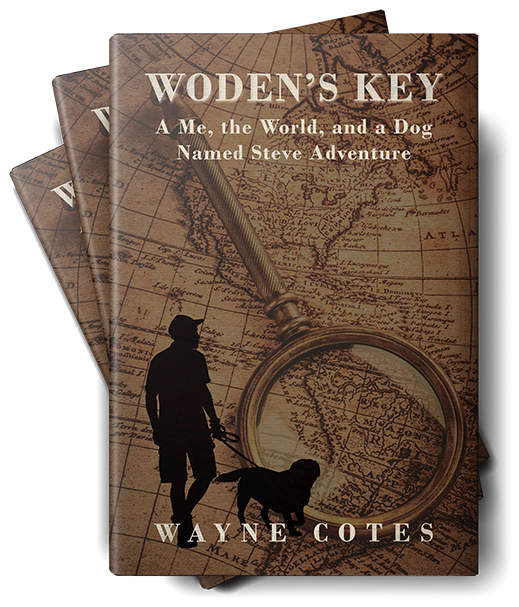 In 1941, two American agents on a routine operation to collect intelligence on the defenses of the Dutch East Indies, suddenly find themselves in a race to recover the three pieces of a key that protects the legacy of the Netherlands. Seventy years later, Jerod Grey uncovers some cryptic journal pages that set him, his dog Steve, and members of the Adventurers’ Club on the path those agents took. From Monterey to Bali and from the Netherlands to Upstate New York, the Adventurers’ Club unearths the mystery of Woden’s Key. They aren’t the only ones searching though. Dr. Chandler LeBlanc has his sights set on the treasure that key protects, and he’ll take whatever steps he finds necessary to ensure he gets it.

GET YOUR COPY NOW
GET IT ON AMAZON

The Serenity Stone: A Me, the World, and a Dog Named Steve Adventure

Me, the World, and a Dog Named Steve: The Mini-Expeditions

The Undying: A Me, the World, and a Dog Named Steve Adventure

I would give this book 10 stars if I could. A well-told tale spanning generations and continents, never missing a beat. The characters are believable, the plot exciting, and the ending didn’t feel rushed. Some grammatical editing would be helpful, but doesn’t affect the quality of the story.